When the Holiday of Purim comes, how happy I will be! 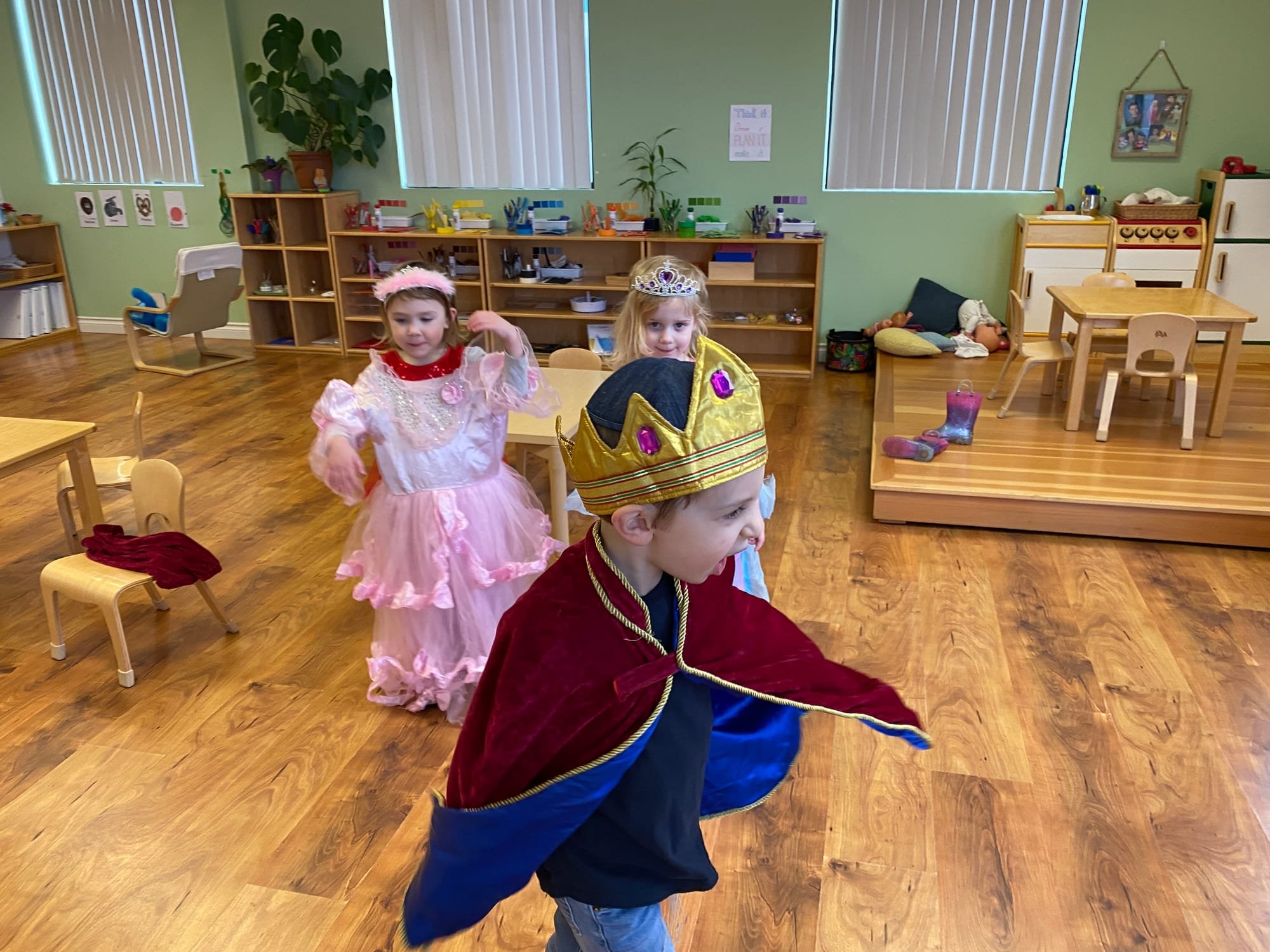 "When the holiday of Purim comes,

How happy I will be.

I'll dress up in some funny clothes,

This week we began exploring the story of Purim as we prepare to celebrate the exciting and joyful Jewish  holiday. We explored the important people of Purim with puppets and storytelling. 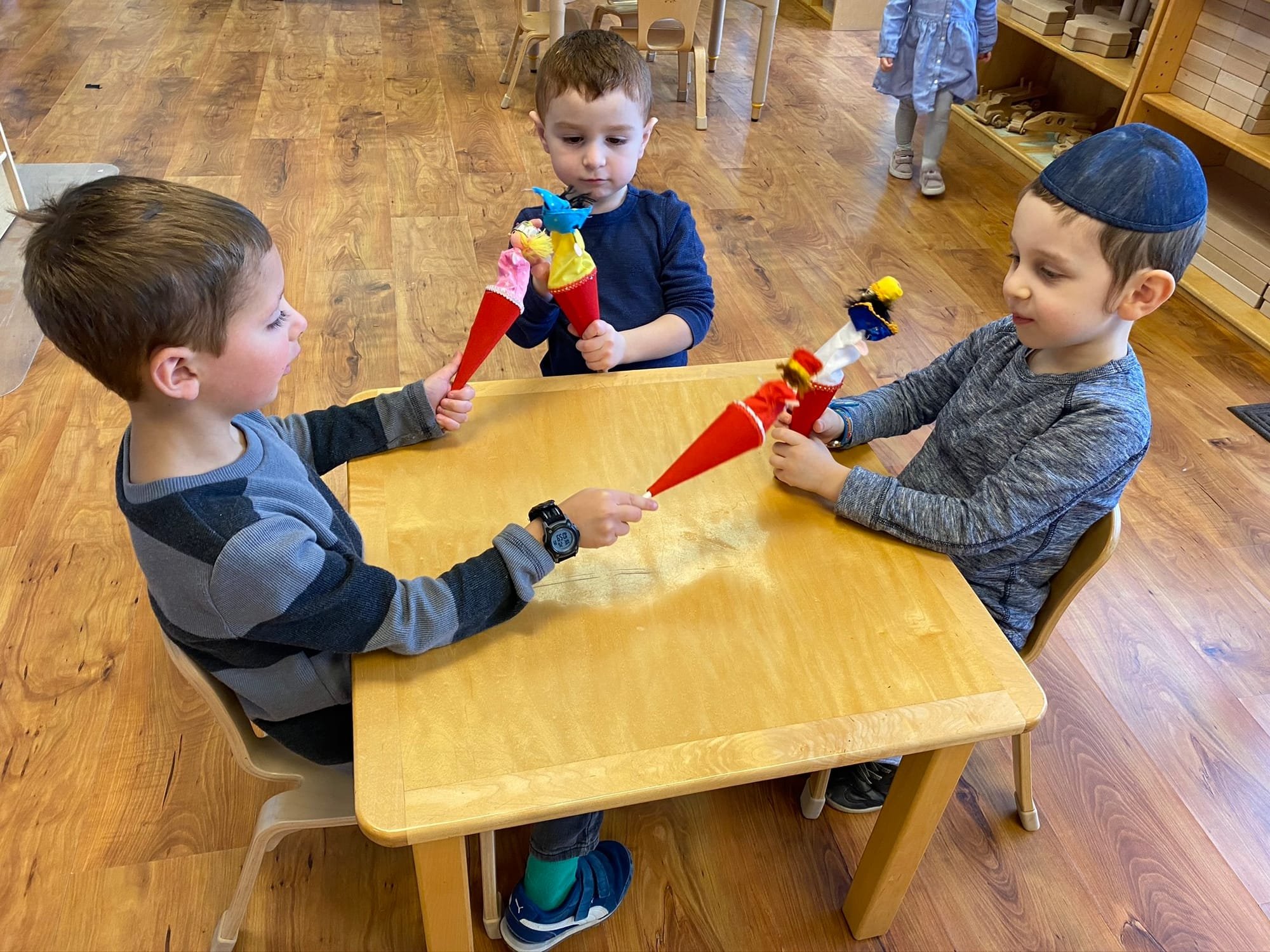 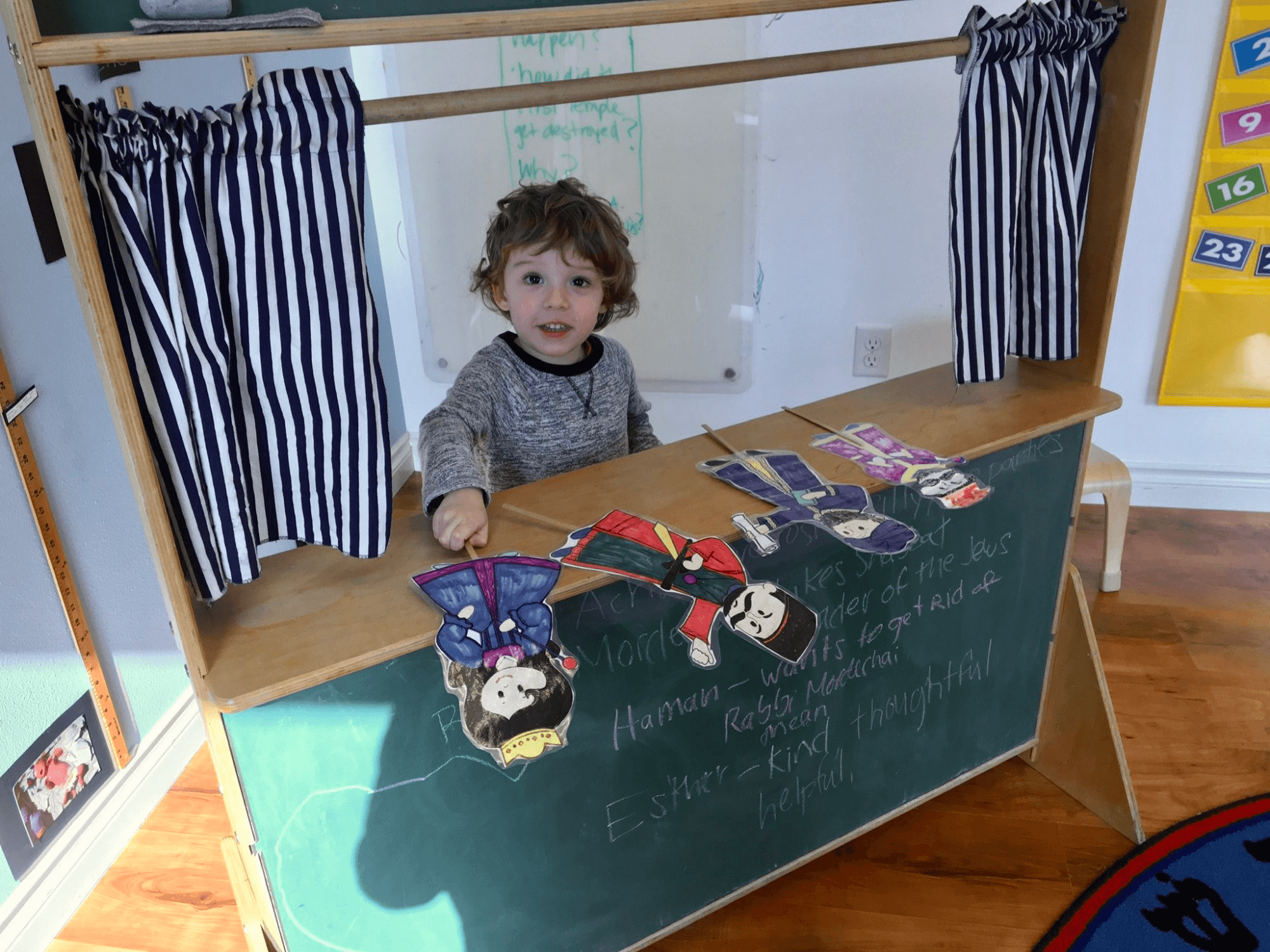 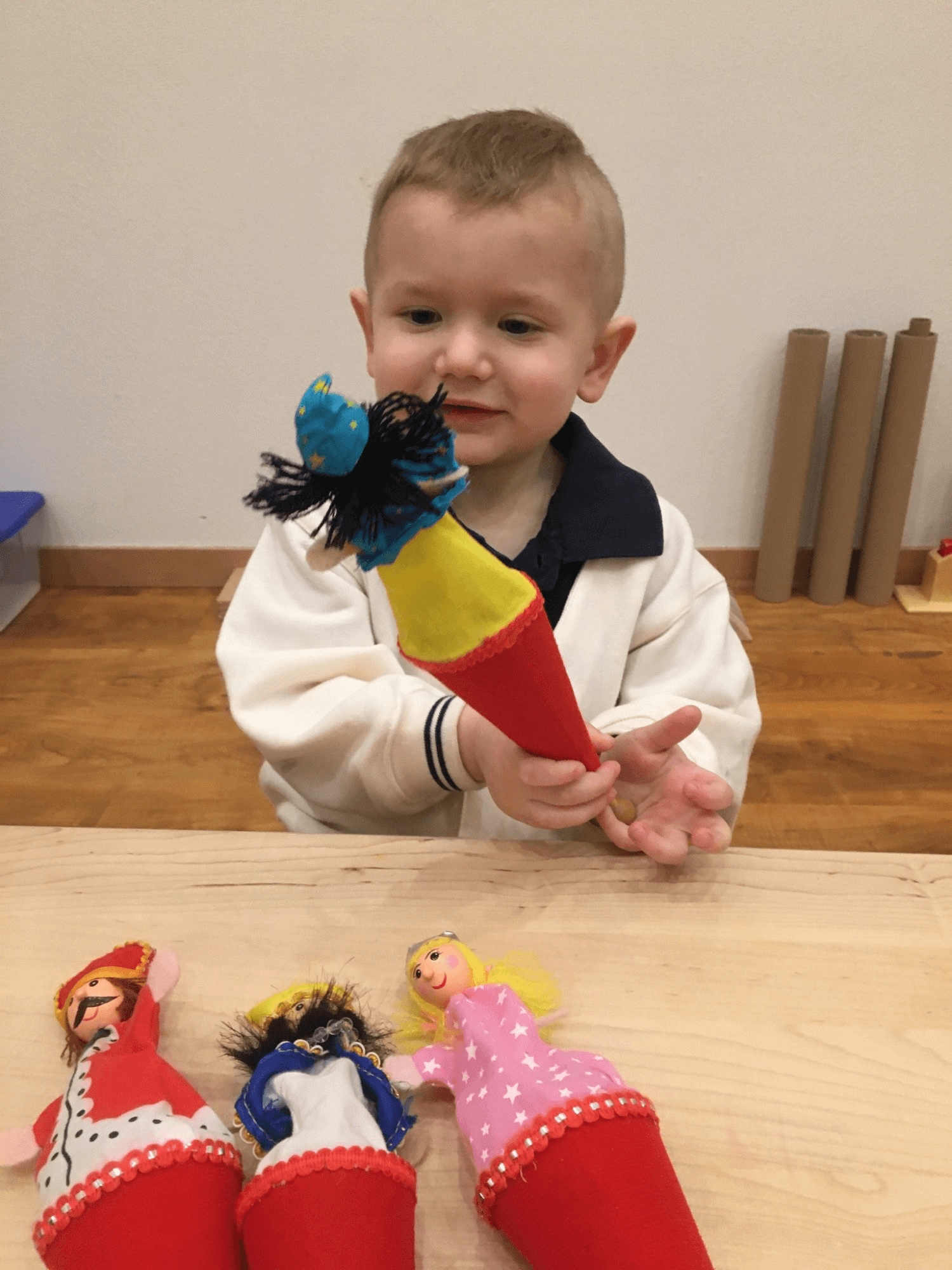 Leighton: He just liked to have parties.

Evan: He was Haman's best friend, so that was bad.

Evan: He was the leader of the Jews.

Evan: He was mean. He was King Achashveirosh's best friend.

Moshe: He wanted to get rid of the Jews. He had a plan. He gave the king silver.

Moshe: First she is just Esther.  Then she is Queen. But she doesn't want to be. But Haman has a plan.

Evan: Queen Esther makes the king nice and he listens to her and she saves the Jewish people.

Evie: She is nice. 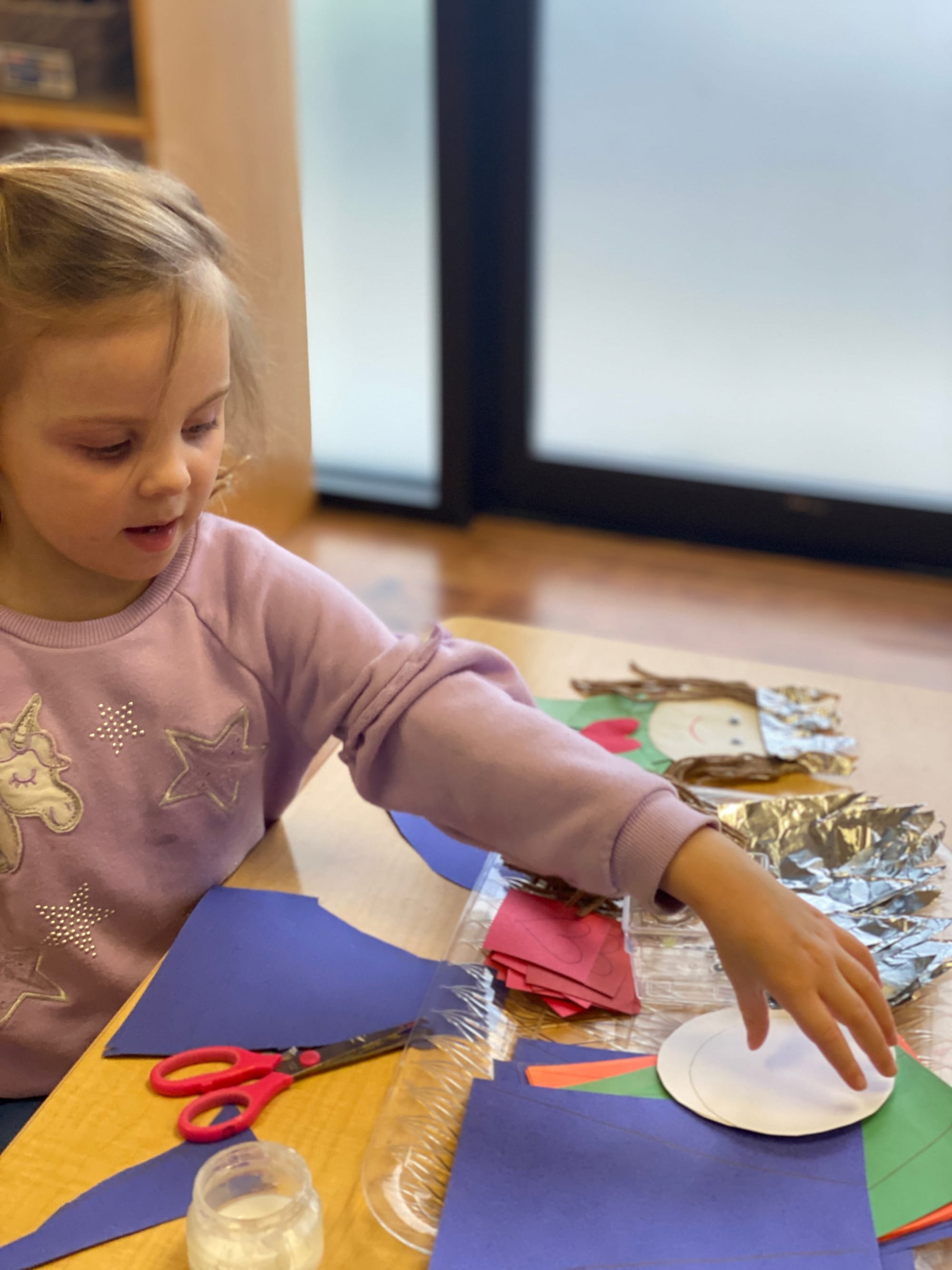 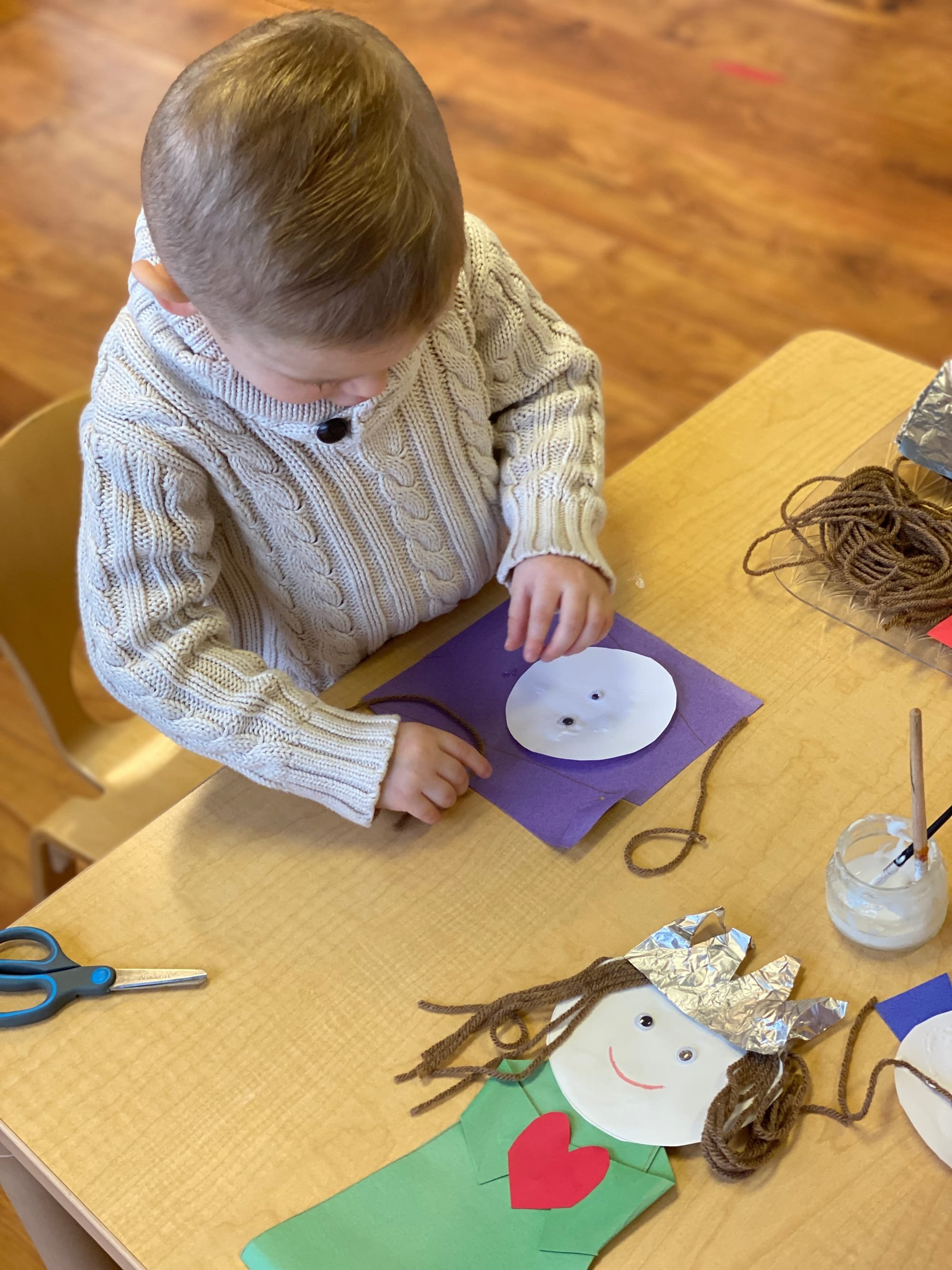 We put our fingers and eyes to work refining our fine motor skills as we created our own Queen Esthers.

My friends and I had a conversation about what it might be like if Queen Esther was a member of our preschool family. 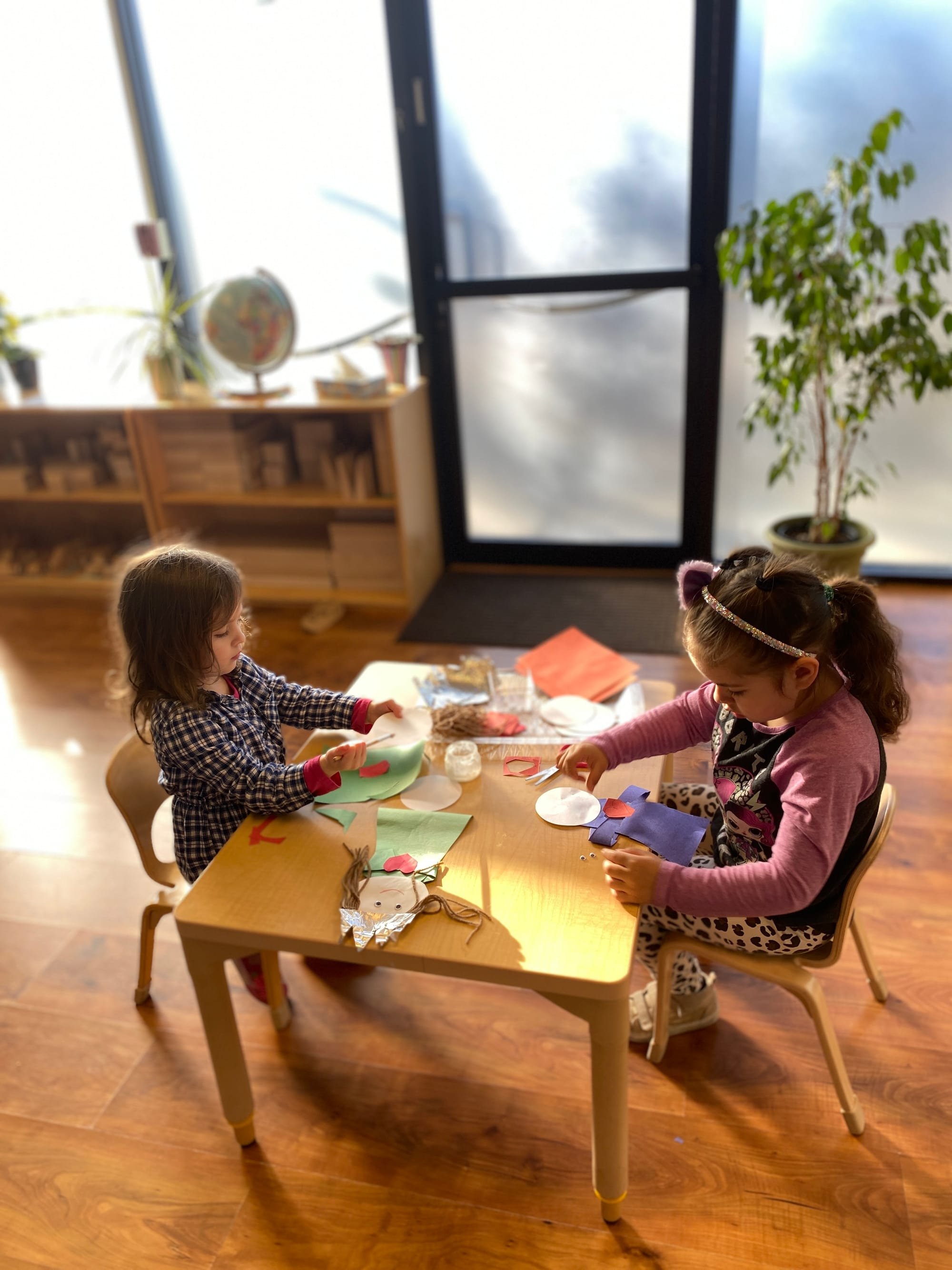 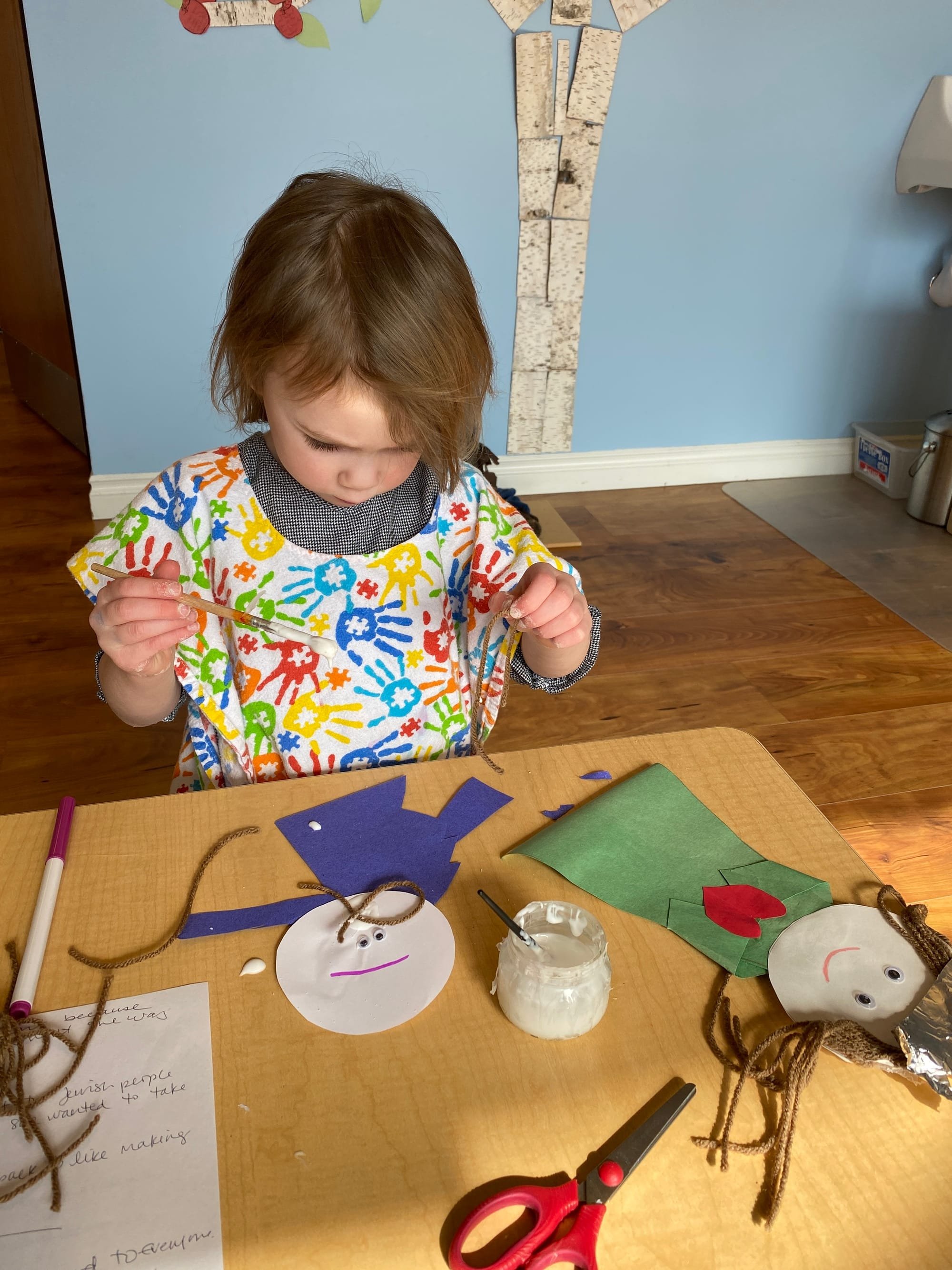 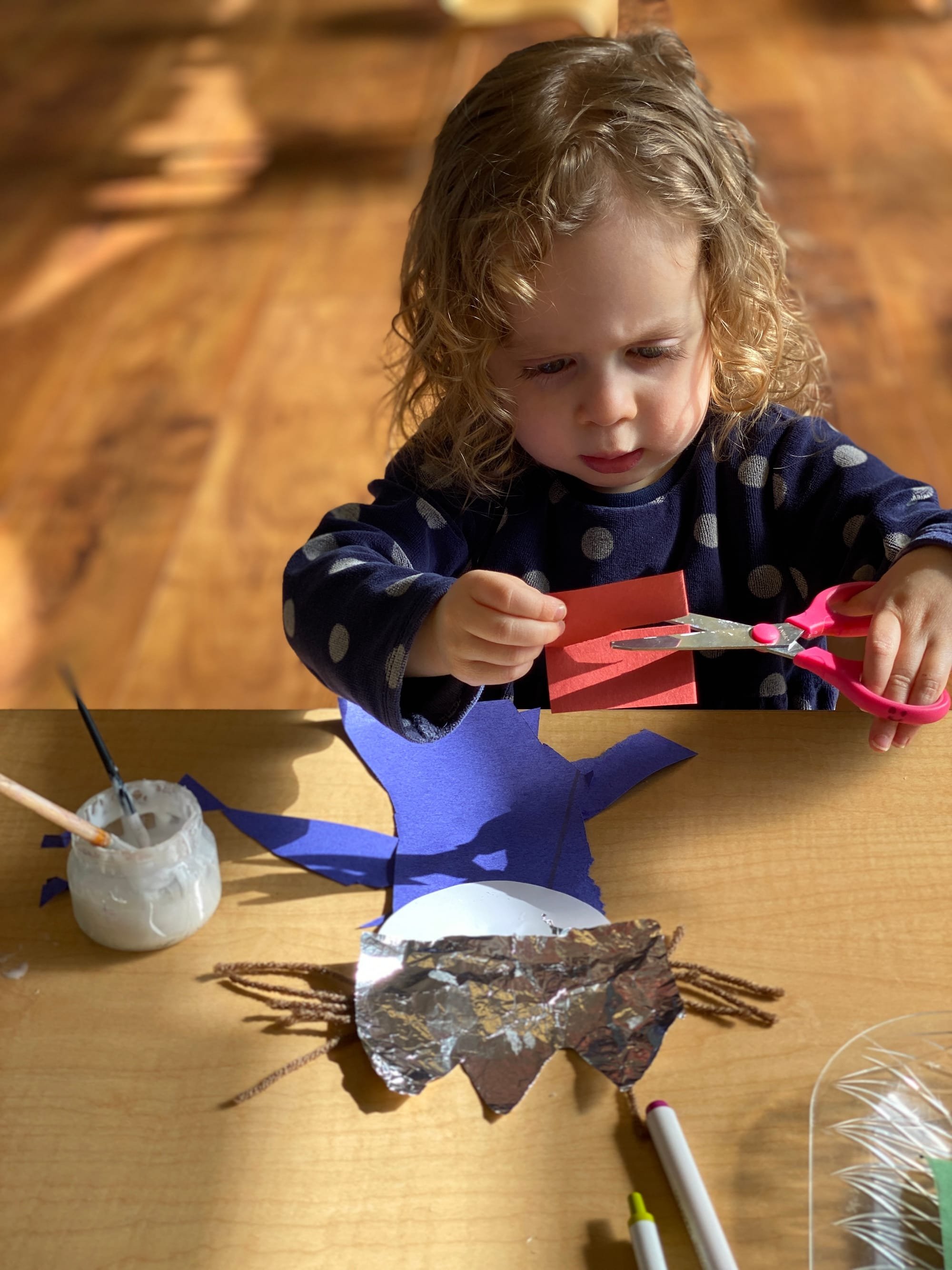 Morah Katie: Would you invite Queen Esther to play with you if you met her?

Leighton: I would. She is loving and kind to everyone.

Evan: Queen Esther is nice. She helped saved the Jewish people from being gone.

Shoshi: She is nice. I would want her to be my friend.

Evie: Yes, I think so. I would want her to play with me. 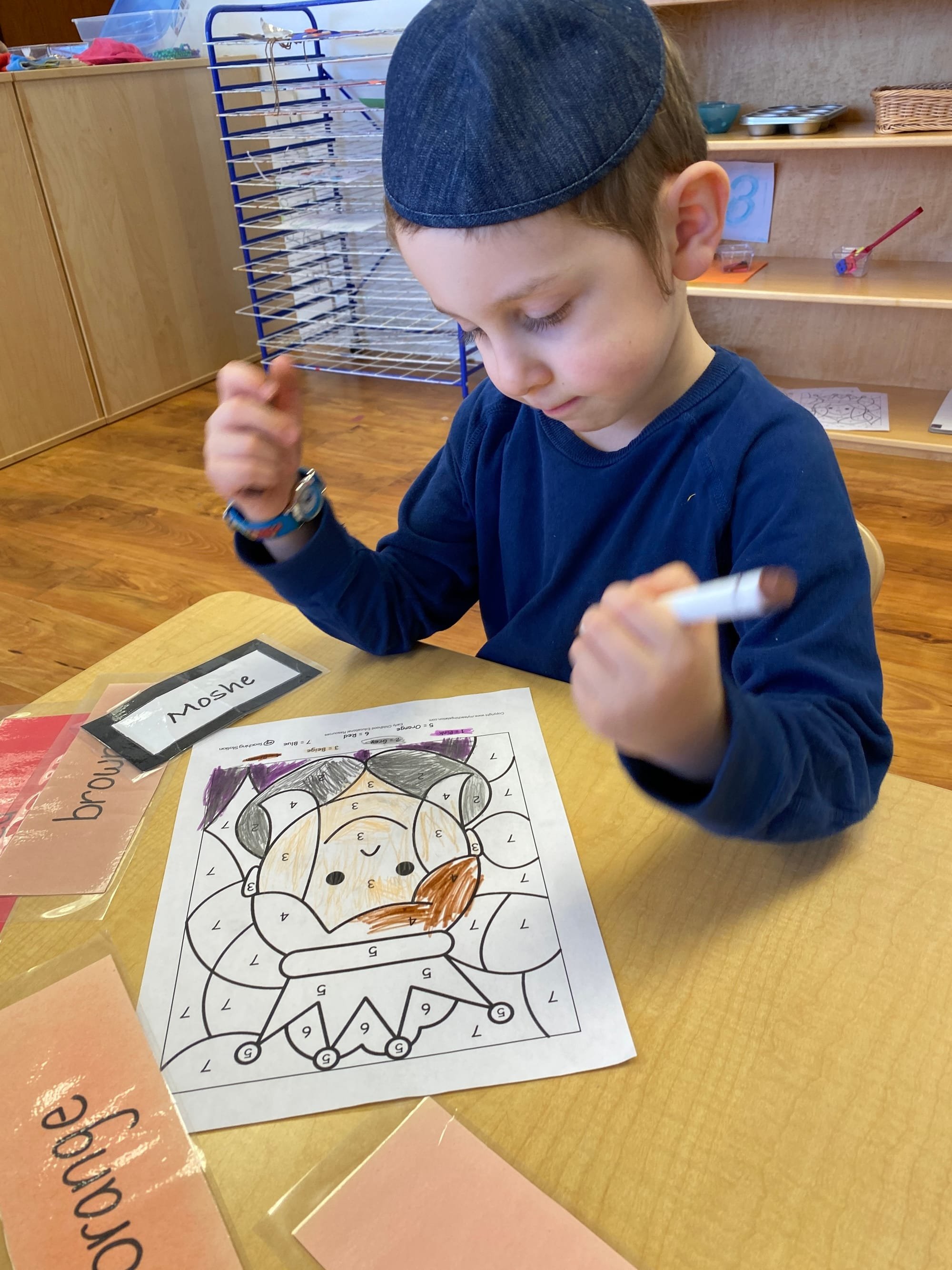 Queen Esther's revealed themselves in color by number activities.

Color by number assists with helping our friends develop their number and word recognition, as well as  their independence and concentration. 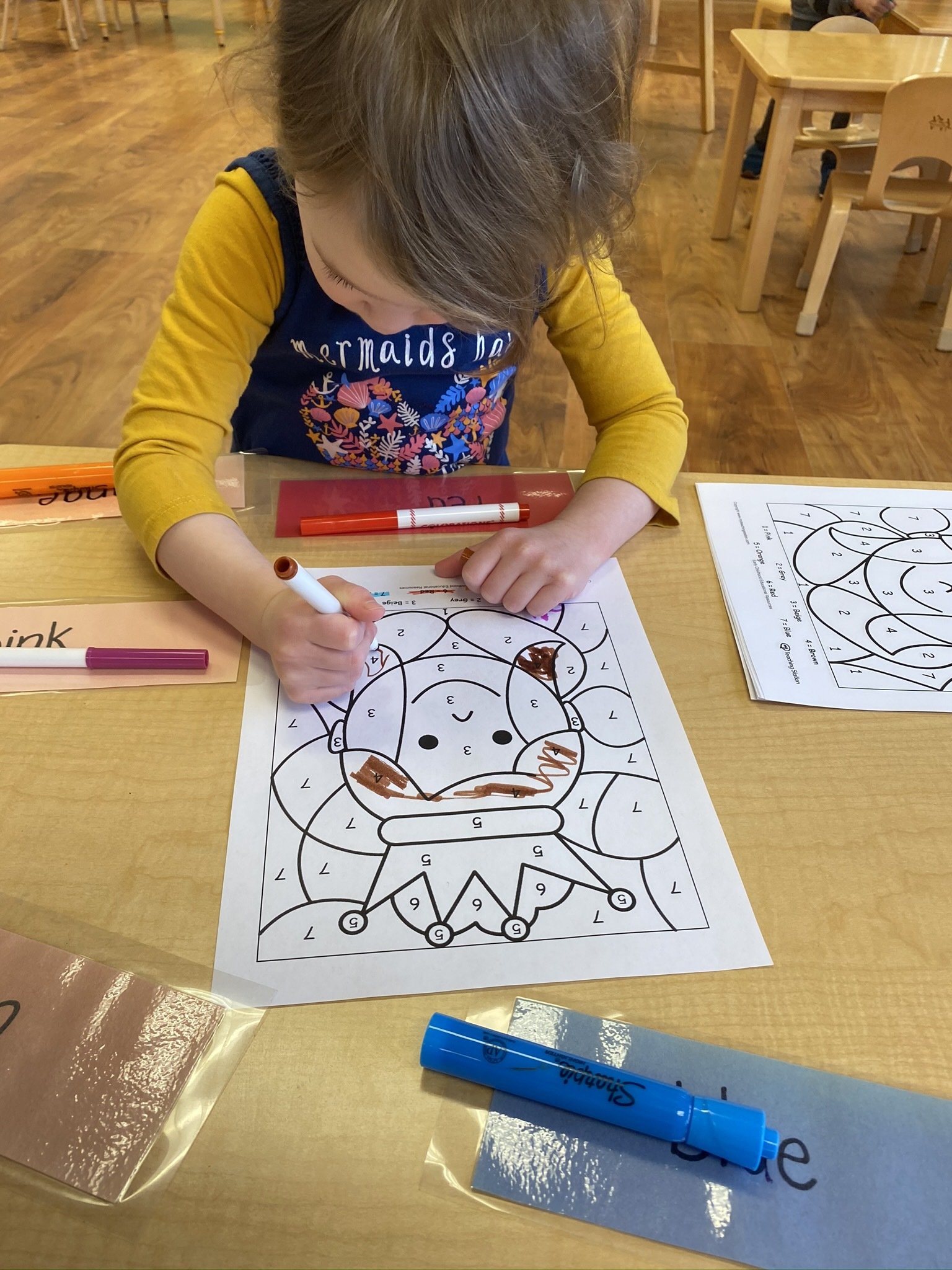 We had fun expanding our self-portrait experience by adding masks for Purim. 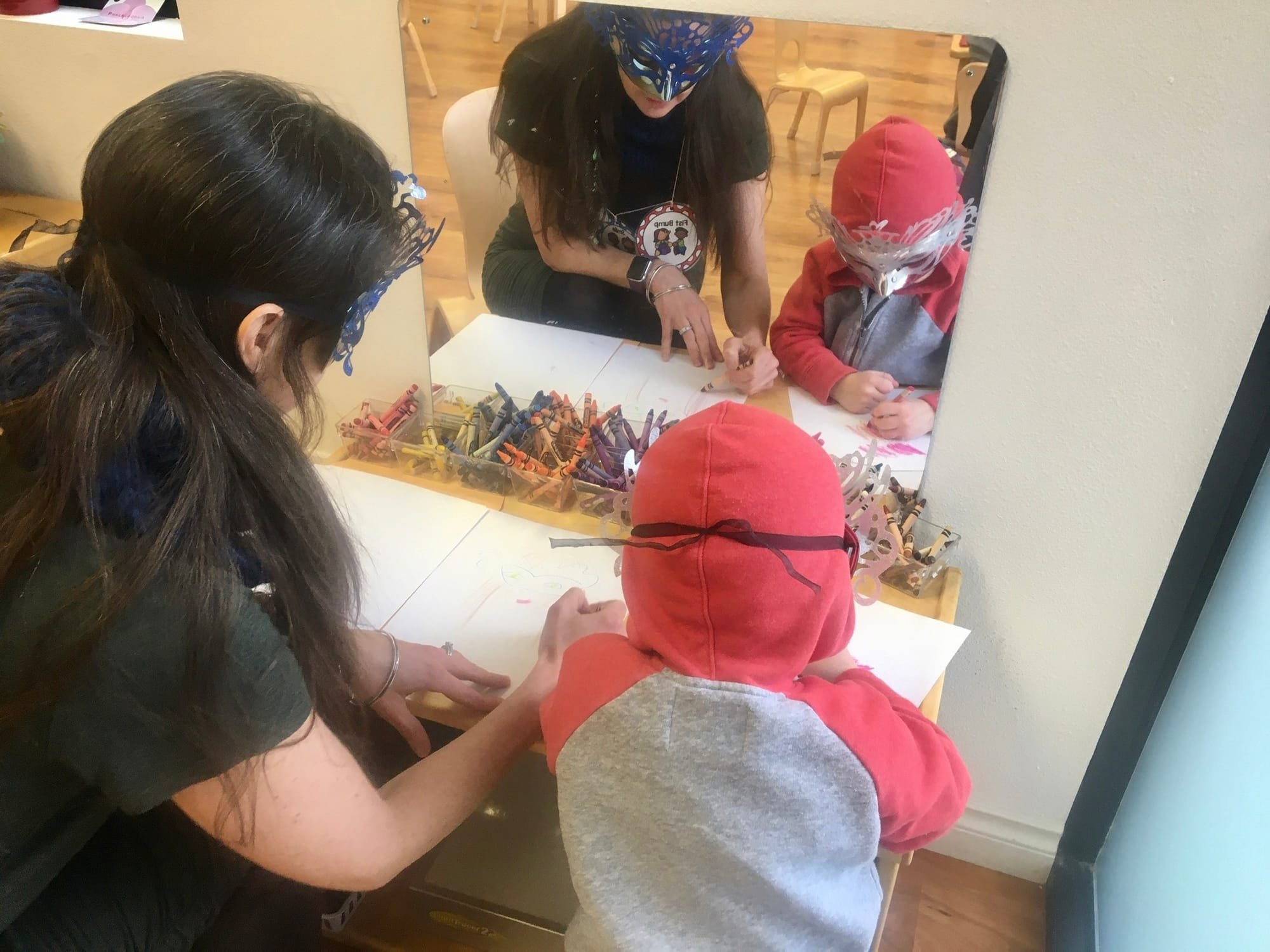 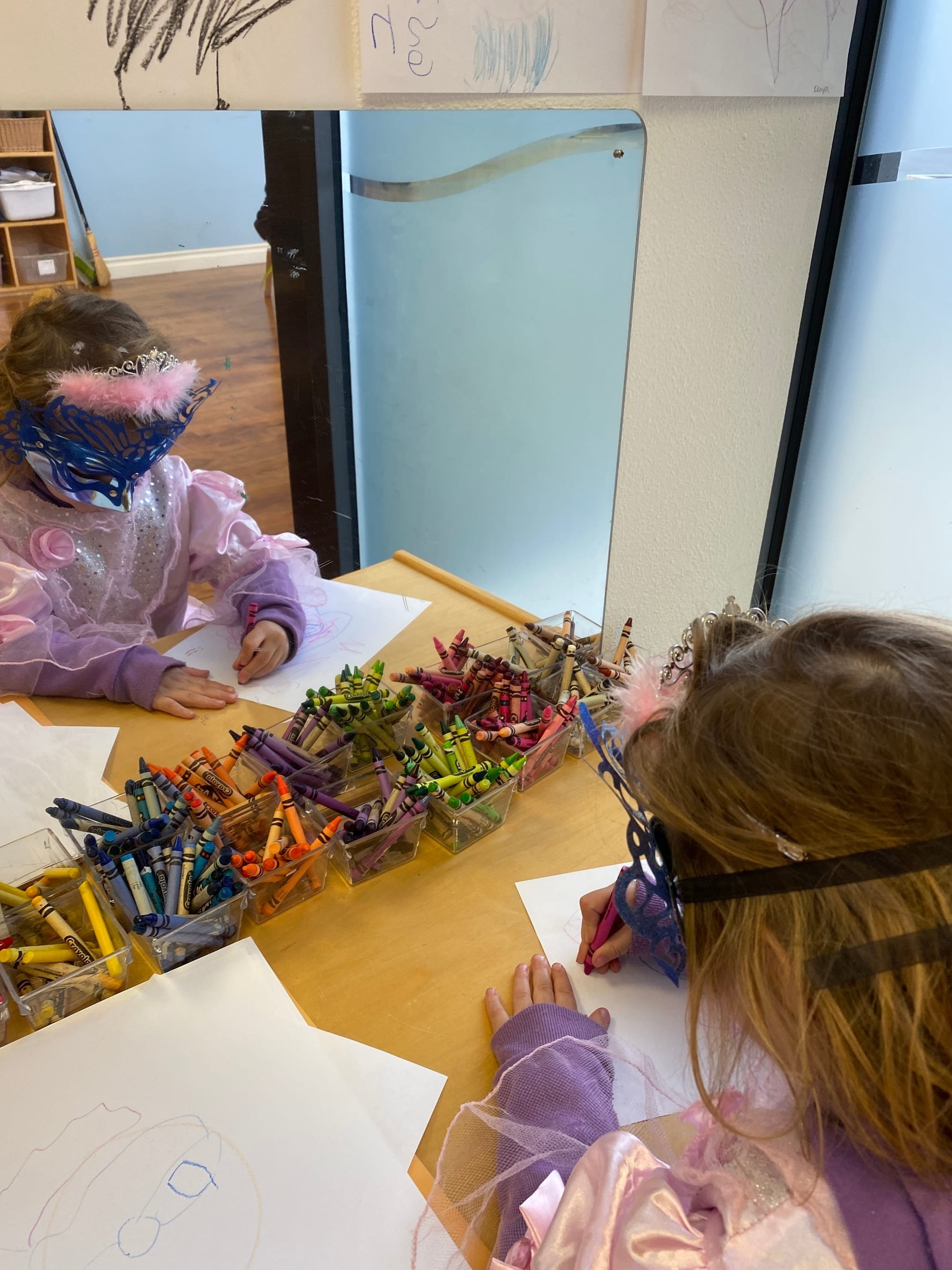 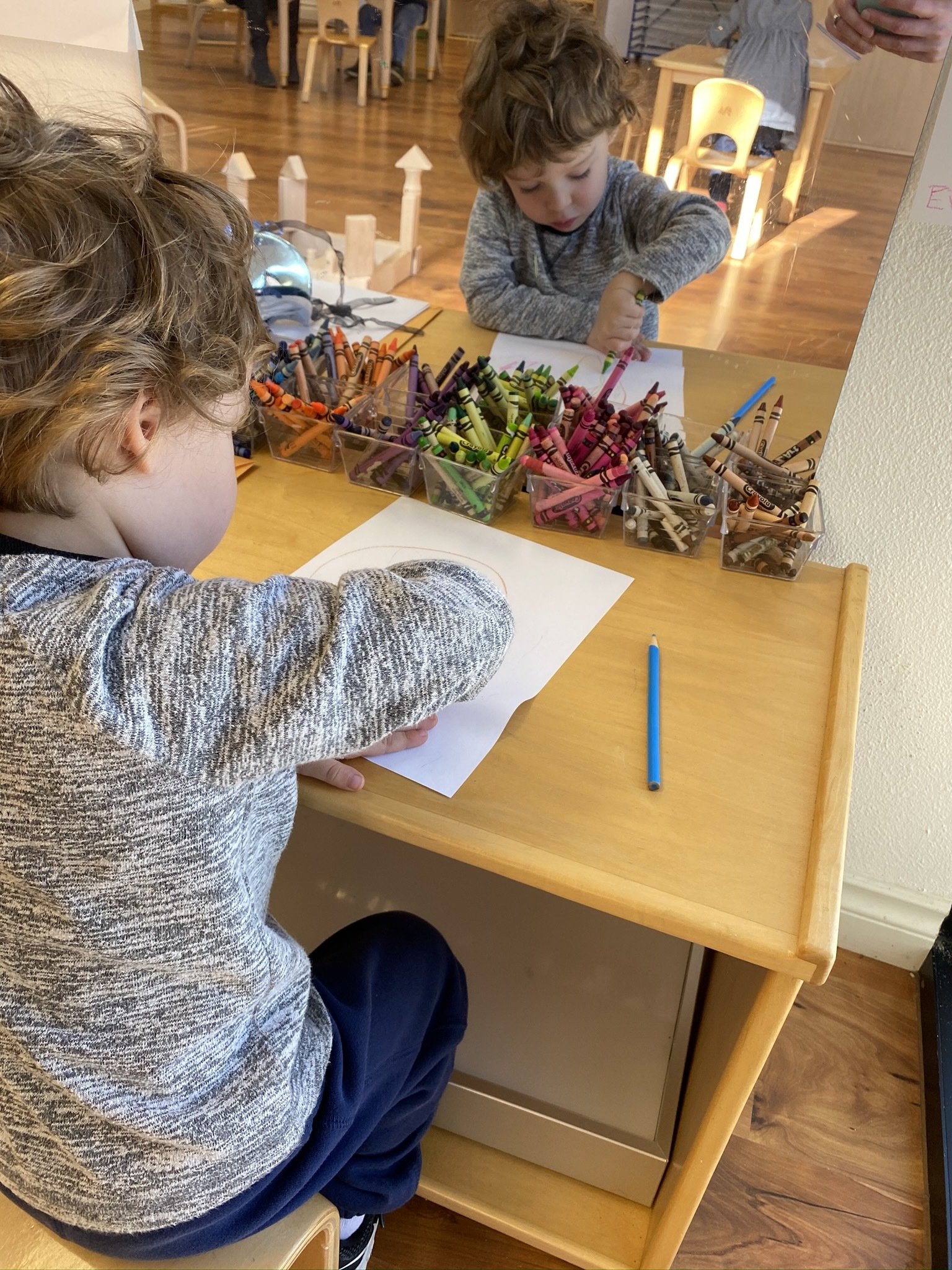 It was fun to guess who was hidden behind the masks.

Morah Katie: Share with me why we celebrate Purim? How did it become a holiday to be celebrated every year?

Leighton: Queen Esther didn't want the Jewish people to get gone. She wanted to take care of them.

Moshe: Queen Esther didn't want to be queen but she went. And  then she became queen, and she helped. BUT not Haman. She helped the Jewish people. 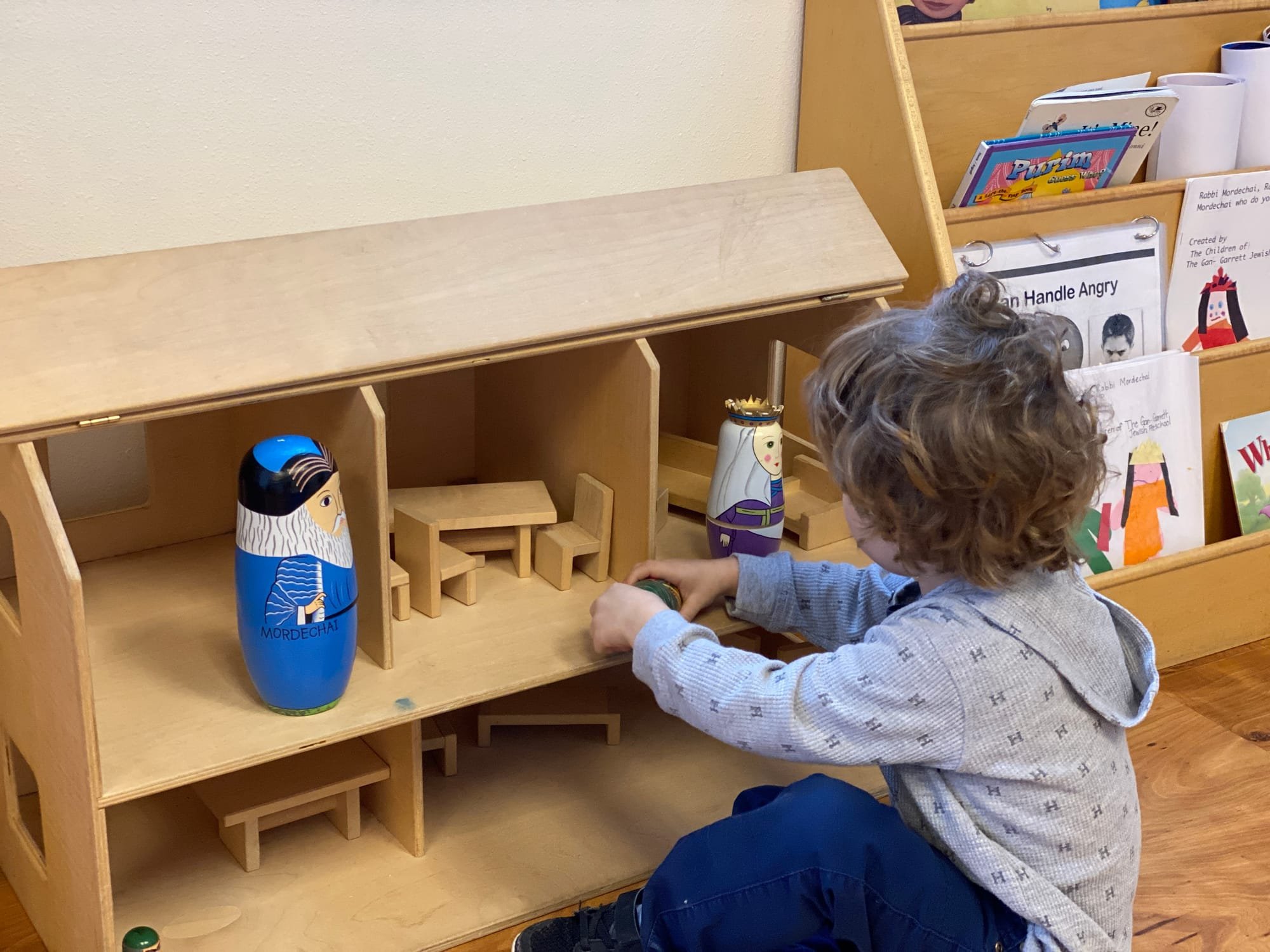 Please visit our former blog  for past preschool experiences.